The two Canadian ladies who were kidnapped in Kumasi in 2019 will have the chance to participate in the proceedings via a virtual link when the High Court trying four persons accused of the crime delivers its judgment on December 20, 2022.

The judgment was expected to be delivered by the presiding judge, Justice Lydia Osei Marfo, yesterday (Nov 24) but the court said it was not ready.

The judge further informed the court that the Attorney-General had written to the court requesting that the victims and their families would want to be off of the delivery of the judgment.

She said the court had agreed to make provisions for victims and their families, adding that the information would be relayed to them at least four days before the date of judgement.

Sampson Aghalor, 27, a computer engineer; Elvis Ojiyorwe, 27, a businessman, and Jeff Omarsa, 28, a tiller – all Nigerians and their Ghanaian counterpart, Yussif Yakubu, 28, are before the court charged with conspiracy and kidnapping contrary to the Criminal and Other Offences Act.

They have pleaded not guilty to the charges.

The prosecution tendered in evidence of three pistols and 52 live ammunition retrieved from the accused persons to firm up its case against the four men.

The prosecution also tendered in seven empty shells, which were received from the crime scene in Kumasi where the girls were held captive in 2019.

Additionally, Aghalor, Yakubu and Omarsar were mentioned in a 59-page report on 10 mobile phones that were examined in connection with the case.

A prosecution witness, Detective Sergeant Sylvester Essel, who testified for the prosecution, told the court that after profiling the call records between the Infinix and Vivo phones, he could confirm that Aghalor and Yakubu communicated during the period under examination.

Meanwhile, the accused have maintained their position that they had nothing to do with the kidnapping.

The facts of the case as presented by the prosecution are that Aghalor, who had been in Ghana for some time, became a friend to Yakubu in March 2019.

In the course of their friendship, Aghalor brought up the idea of kidnapping as a lucrative venture, an idea that was accepted by Yakubu.

Yakubu agreed to assist Aghalor in the kidnapping activity and even helped him to procure a pistol.

To bring their idea to fruition, the prosecutor said Aghalor went to Nigeria in May 2019 and recruited Ojiyorwe and Omarsar to be part of the gang.

According to the prosecution, the three Nigerians, upon their arrival in Ghana, resided at Ashaiman for some time before they went to Kumasi to meet up with Yakubu.

When they got to Kumasi, Aghalor, who was the leader of the gang, gave some money to Yakubu to hire a car, an apartment and also buy pistols and other items to enable them to carry out their kidnapping activities.

Ms Craig said on June 4, 2019, the gang, in a car, accosted the two Canadian ladies, who had boarded an Uber taxi at their hostel at Nhyiaeso, a suburb of Kumasi.

“They were accosted by the gang when they arrived at their destination and alighted from the Uber taxi. Aghalor, Ojiyorwe, Omarsar and Yakubu assaulted the victims and forced them into their vehicle amid shooting.

They then sped off with their victims to their hideout, which was in an uncompleted building at Kenyasi Krobo, another suburb of Kumasi,” the prosecution added.
During their captivity, Aghalor contacted the families of the two women and demanded a ransom of $800,000.

The prosecution told the court that on June 11, 2019, a National Security team, led by Colonel Michael Opoku, acting on intelligence, arrested Yakubu.

Afterwards, the team proceeded to arrest Aghalor, Ojiyorwe and Omarsar at their hideout at Kenyasi Krobo and rescued the two women.

The prosecution added that Aghalor, Ojiyorwe, Omarsar and Yakubu mentioned Nasir and Abubakari as members of the gang and the two were subsequently arrested.

The post Court to decide fate of 3 Nigerians and a Ghanaian who kidnapped Canadian girls in Ghana on December 20 appeared first on GhBase•com™. 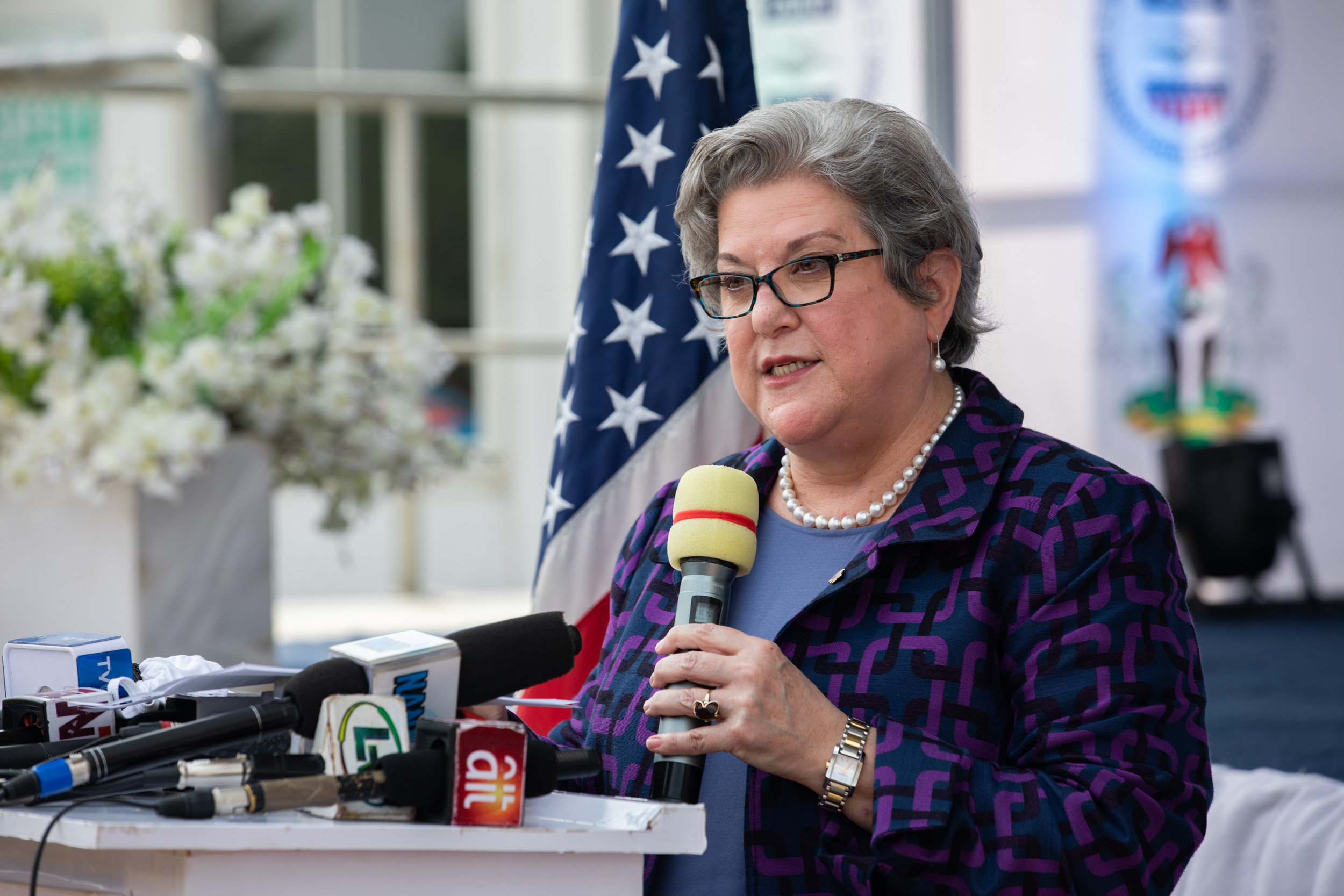