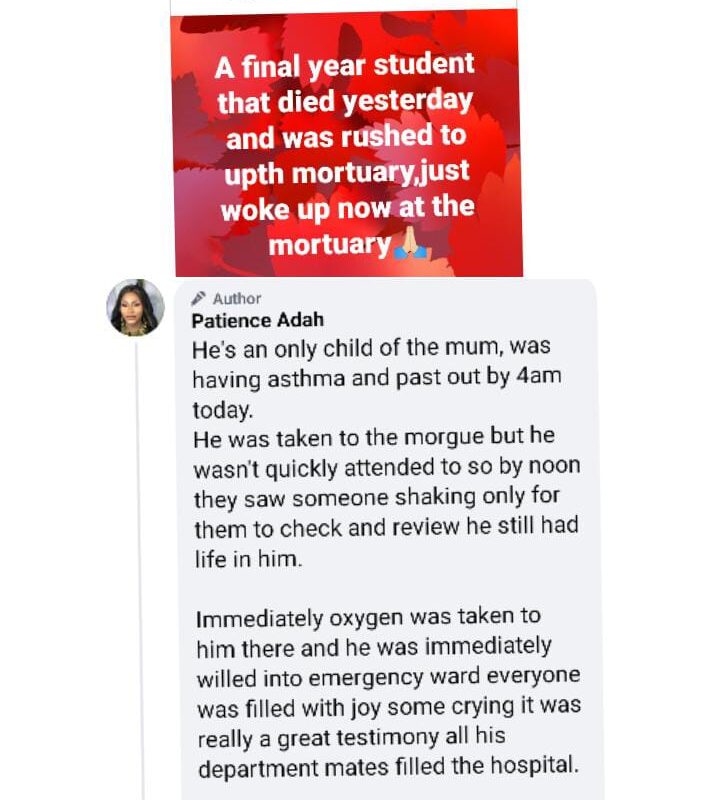 According to reports making rounds widely on the internet, a final-year student from Nigeria who was declared dead following an asthma attack this morning at 4 am came back to life in the mortuary.

According to reports, the student was not promptly treated to in the mortuary, and by noon, someone had noticed him shivering. Once it was established that he was still alive, oxygen was given to him right away.

“A final year student that died yesterday and was rushed to the mortuary just woke up now at the mortuary.

He’s an only child of the mom, was having asthma and passed out by 4:00 a.m. today. He was taken to the morgue but it wasn’t quickly attended to so by noon they saw someone shaking only for them to check and review he still had life in them.

Immediately oxygen was taken to him there and he was immediately wheeled into emergency ward everyone was filled with joy some crying it was really a great testimony all these departments meet a few at the hospital. Witness report!”

The post Final year student who was pronounced dead and was being prepared for mortuary suddenly wakes up appeared first on GhBase•com™.