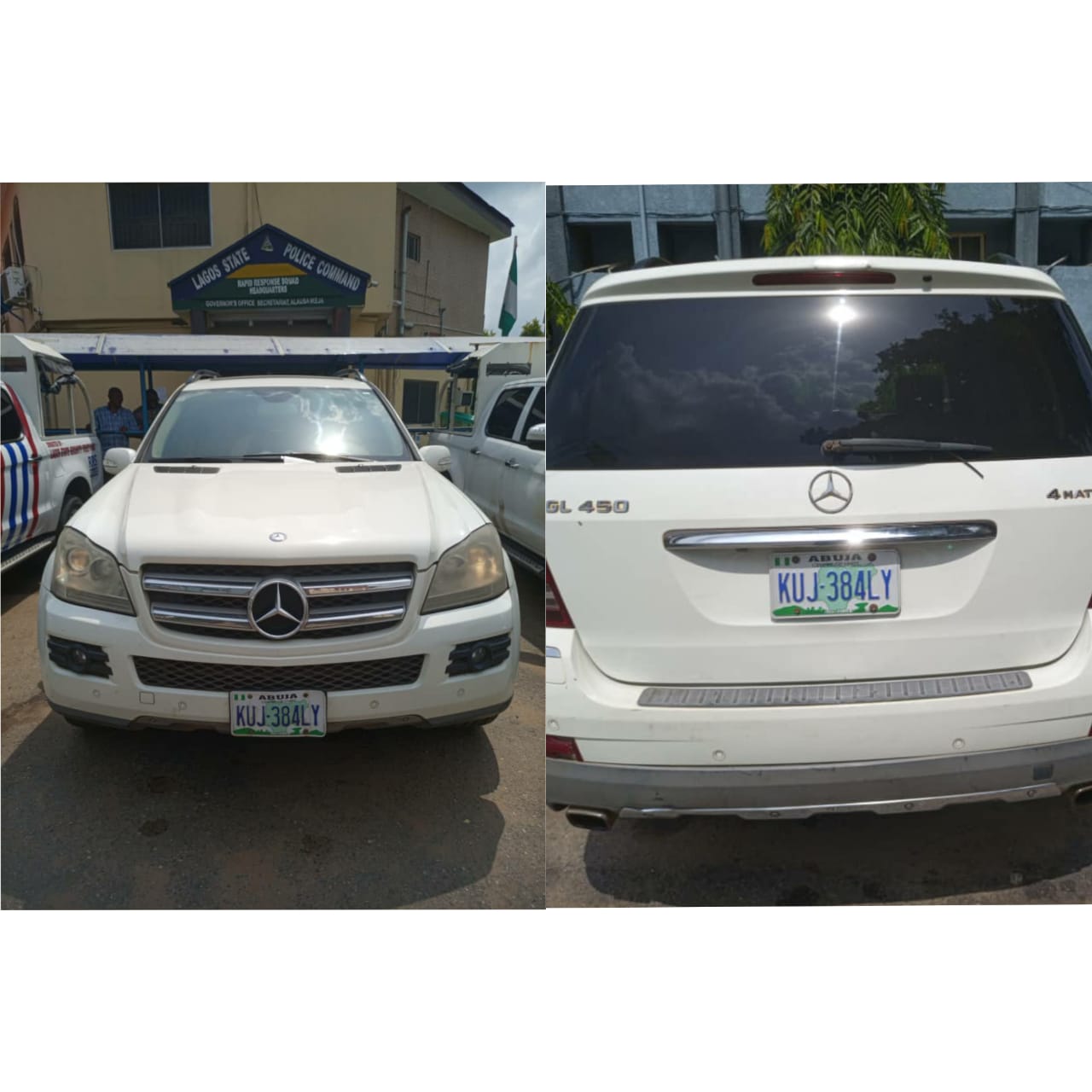 The Lagos State Police Command has revealed that men of the Rapid Response Squad have recovered a Mercedes Benz SUV under the Otedola Bridge in Lagos. In a Twitter post on Tuesday, the police said a patrol team recovered the car at 10pm on Monday, adding that the engine of the car was running and